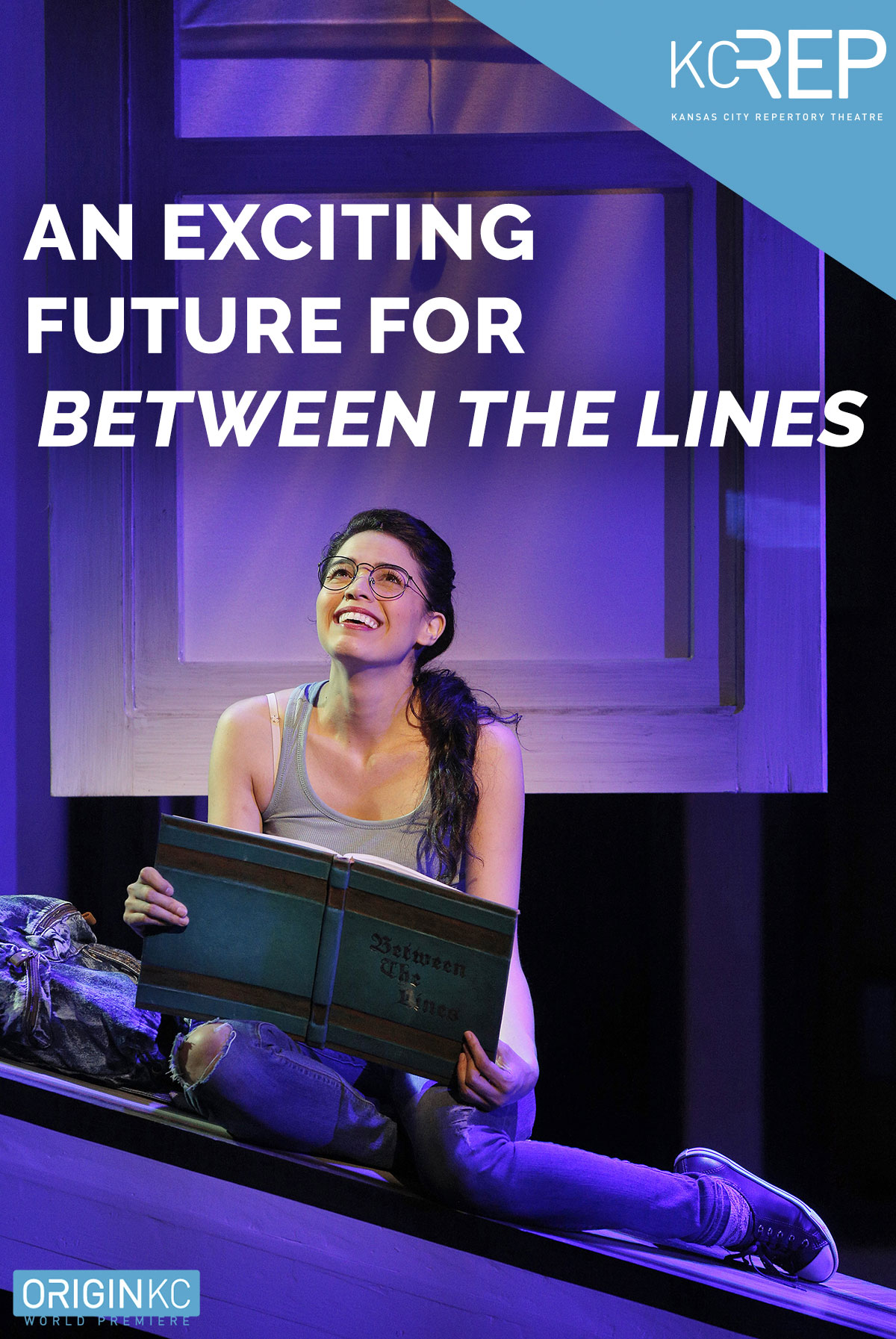 We are excited to announce that Between the Lines—the smash-hit OriginKC: World Premiere production that opened our 2017-18 Season in association with Daryl Roth Productions—is New York-bound! An off-Broadway production of Between the Lines will open in spring of 2020 at Second Stage’s Tony Kiser Theater in New York City.

Additionally, Last Days of Summer, which World Premiered at KCRep in 2018 in association with Daryl Roth Productions, has a second production at George Street Playhouse running this Fall.

As a developer of new plays, KCRep takes pride in creating original works for our audiences and then sharing those KC-crafted stories with people all over the country. Your support and engagement with the premieres of productions like Between the Lines and Last Days of Summer not only made them possible, but also impacted how those stories are now being shaped as the creators strive to incorporate what they learned from you and our premiere into these vital second productions.

You were there in the beginning and we hope you will enjoy knowing that your passion and participation were key ingredients in giving life to these new musicals. And now, these stories originating right here in KC are on to a future life that will impact even more people across the country.

New Works are a vital part of KCRep’s mission to share stories at the center of the nation’s creative crossroads. Since 2014, we’ve excited audiences with our OriginKC: New Works Festival, featuring world premiere productions in rotating repertory at our Copaken Stage. Tickets for this year’s festival, featuring productions of Frankenstein (written by Kyle Hatley) and Legacy Land (written by Stacey Rose), are on sale now!

Thank you for believing in new plays at KCRep and let’s celebrate launching something new into the world together!